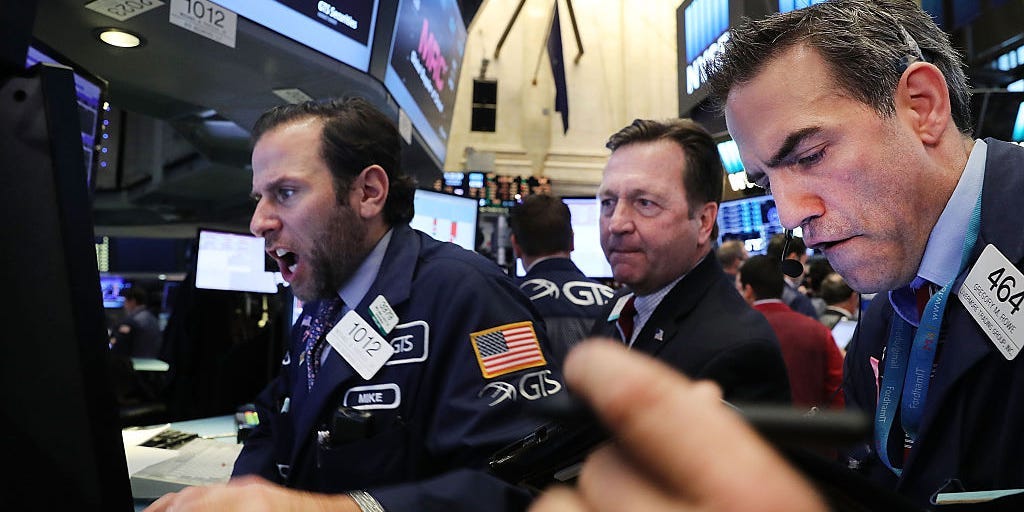 Traders work on the floor of the New York Stock Exchange

US stocks were mixed on Friday amid conflicting developments in the Russia-Ukraine crisis.

Russia's foreign minister agreed to meet with his US counterpart next week for further discussions.
Meanwhile, indications point to Russia increasing the number of troops on the border with Ukraine.

US stocks were mixed on Friday after tumbling in the prior session amid conflicting developments on the Russia-Ukraine crisis.

But Blinken later said more Russian troops are headed to the Ukraine border. Meanwhile, the US ambassador to the Organization for Security and Co-operation in Europe estimated that Russia has 169,000-190,000 personnel near Ukraine, up from 100,000 at the end of January. Russian President Vladimir Putin said he isn't against talks with the US.

US stocks suffered their worst one-day loss of the year on Thursday, when President Biden said a Russian invasion of Ukraine was likely imminent. Moscow had claimed earlier this week that it pulled back some troops.

Analysts at RBC Capital Markets warned investors are underestimating the threat of a war in Europe, saying a Russian invasion of Ukraine could hammer stocks in similar fashion to the two Iraq wars or the US-China trade war of 2018.

Oil prices extended their decline and are headed for their first weekly loss in nine weeks. A potential deal to reboot Tehran's 2015 nuclear agreement with world powers has raised the prospect of increased Iranian crude exports.