Coming from Heavy Metal Magazine, superstar mind-contortionist and artist extraordinaire Kim Jung Gi is knitting together the universe of awesome in a series of connecting covers, and Screen Rant has the exclusive first look. Hailing from South Korea, Kim, well known in European circles as a psychedelic mastermind, embarks on his premiere work for Heavy Metal with a show-stopping performance of visceral, violent rawness featuring Heavy Metal’s current lineup of star characters, soon to sensationally grace the covers of the magazine’s next five issues in an interconnected, masterful mosaic of mayhem.

Known for his sly humor and overwhelming action in titles such as Tiger the Long Tail and SpyGames, Kim says he first fell in love with Western art when he picked up a copy of Heavy Metal Magazine in high school, with the pioneering work of avant-garde artists such as Richard Corben and Milo Manera influencing his later style. On February 16, with the publishing of Heavy Metal Magazine #314, Kim will see the culmination of this romance in his first cover for the magazine, soon to be followed by four more to be set in an interlocking creation featuring Kim’s signature powerful pen.

Kim said the chance to work with Heavy Metal was a dream come true, saying in an interview, “When I heard the news that Matthew Medney, the Chief Executive Officer of Heavy Metal Magazine, contacted me about the covers, I was very excited to join the team. If I remember correctly, I met with a member of Heavy Metal back in 2016 at NYCC and I’ve been wanting to work on their covers since.” He added that his love of the brand’s psychedelic, boundary-pushing style was a huge influence on him. “I read Heavy Metal Magazine when I was a student in high school. I was drawn towards the great style of art in it. It was fun to read, but also offered great materials to study with. I remember seeing so many well-known French artists’ work in it, including Mœbius.” Check out this exclusive preview art courtesy of Heavy Metal, as well as an in-depth interview with Kim regarding his work on the title, and a special time-lapse video of the master at work: 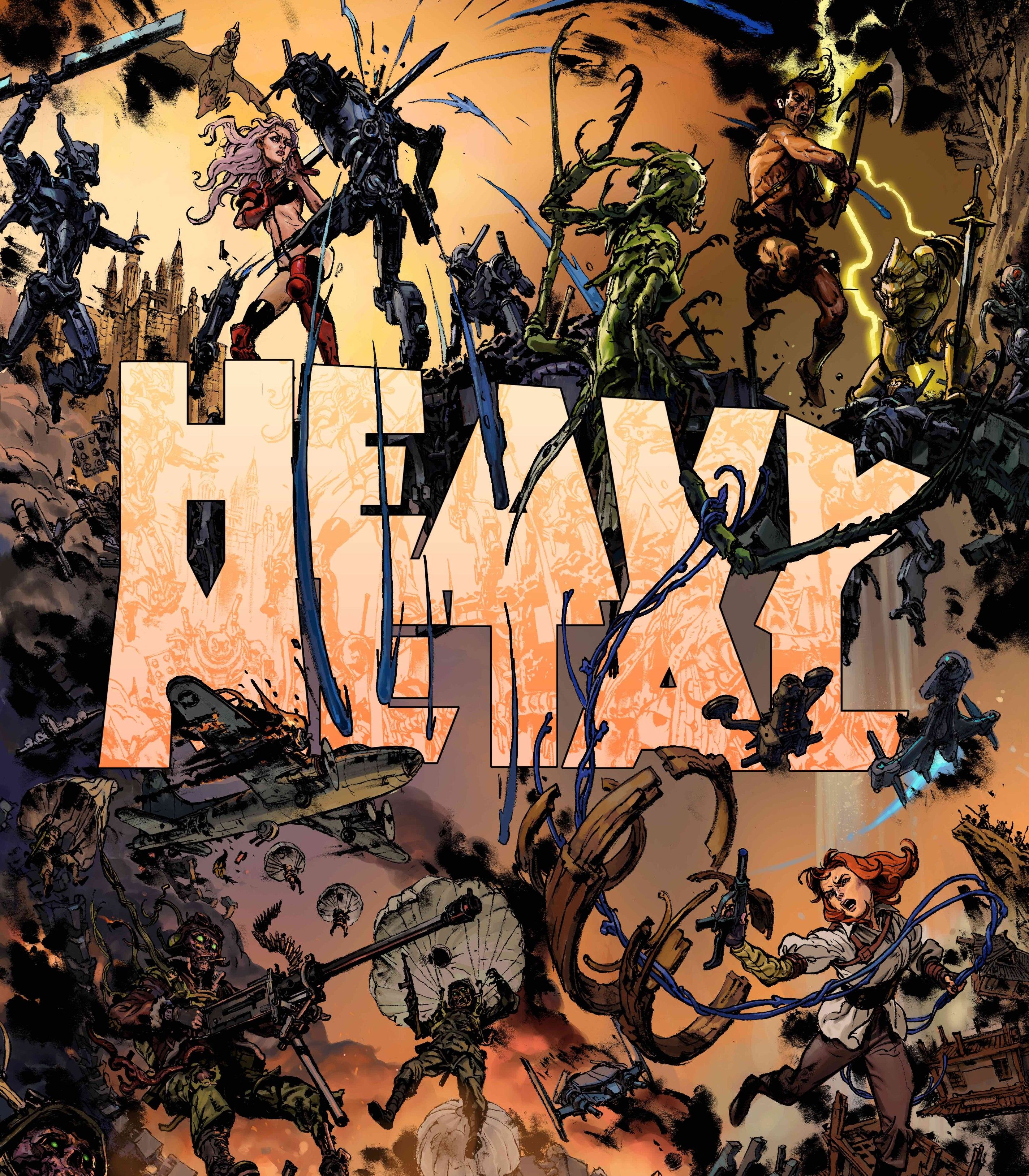 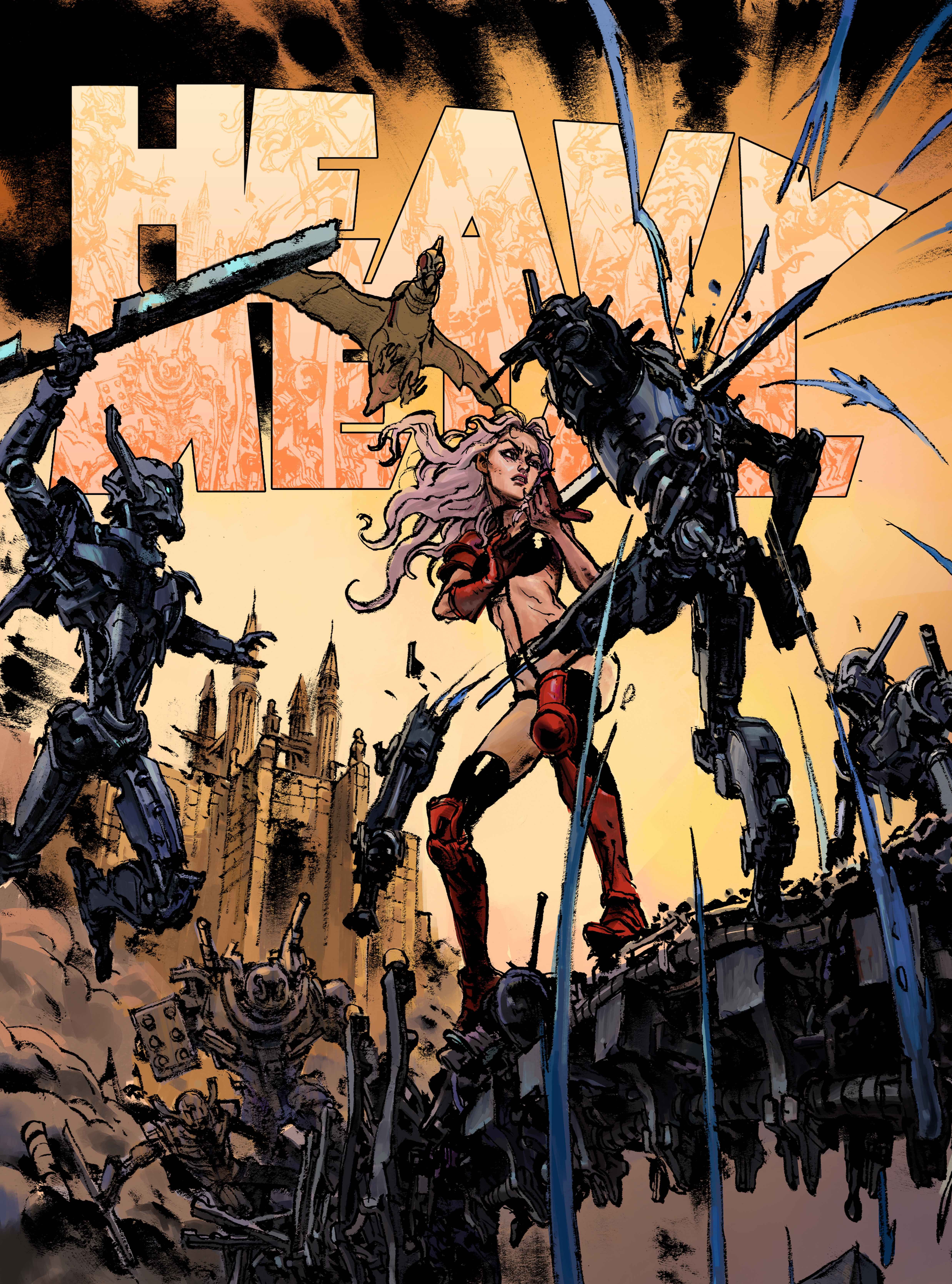 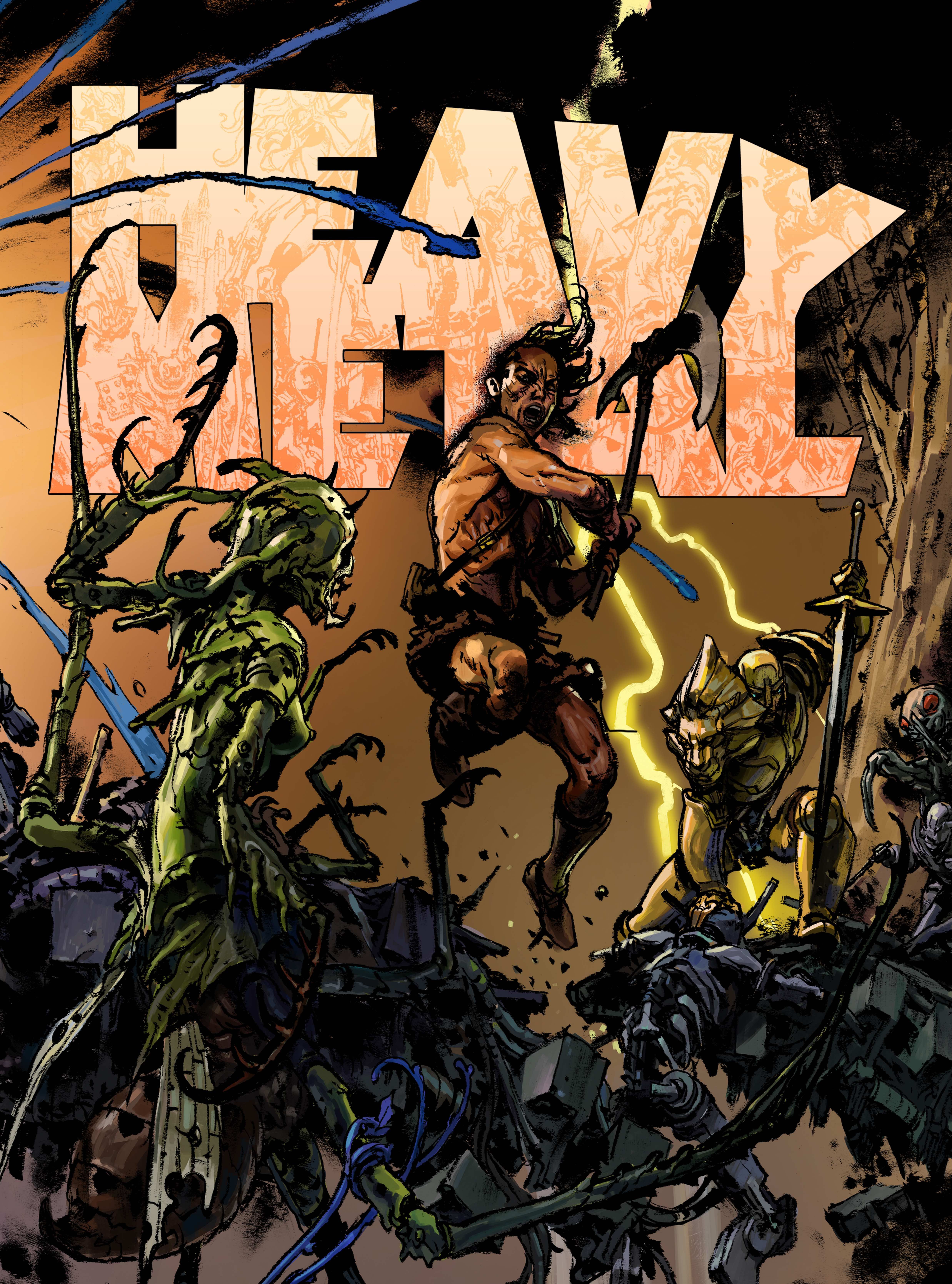 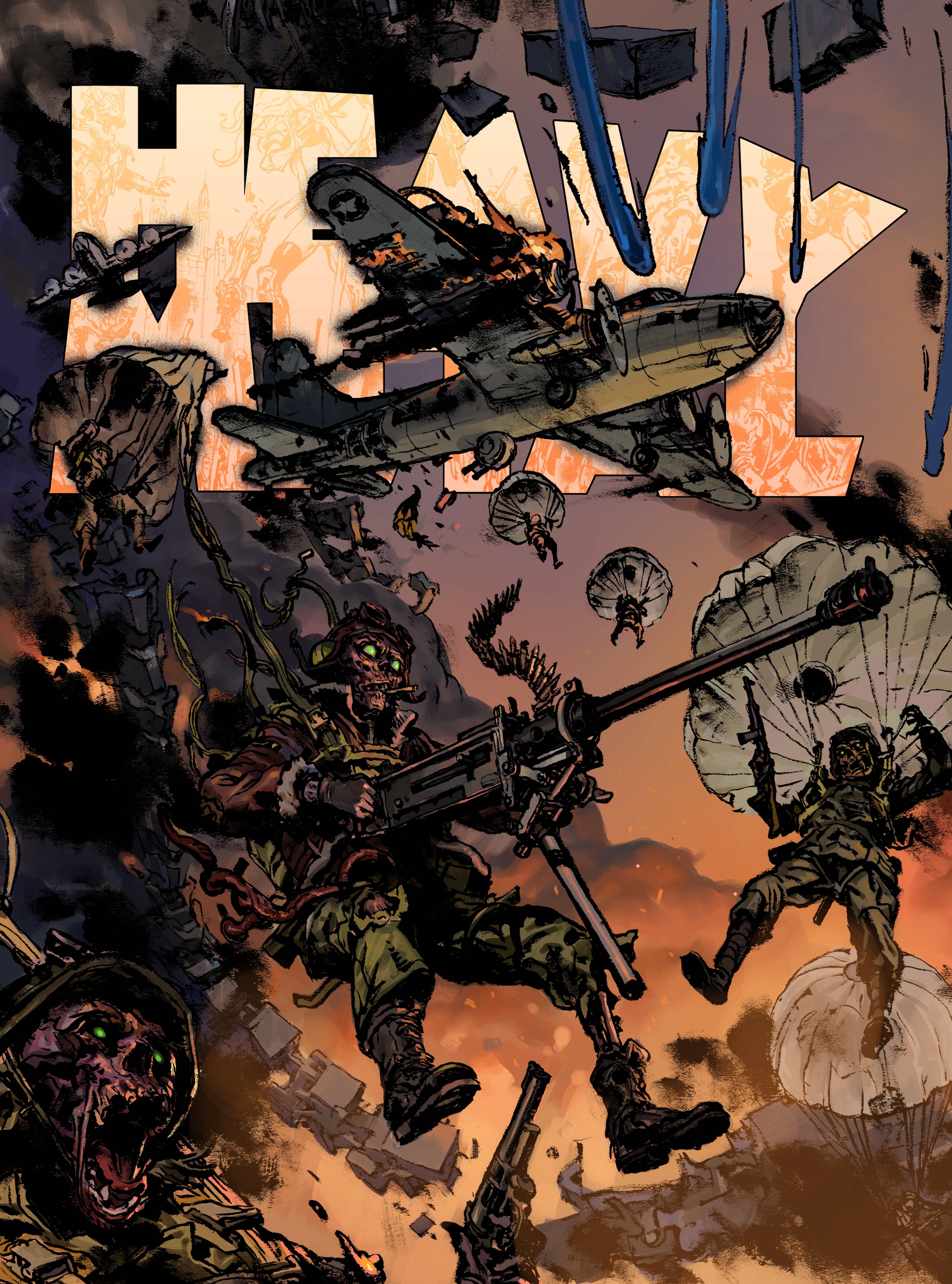 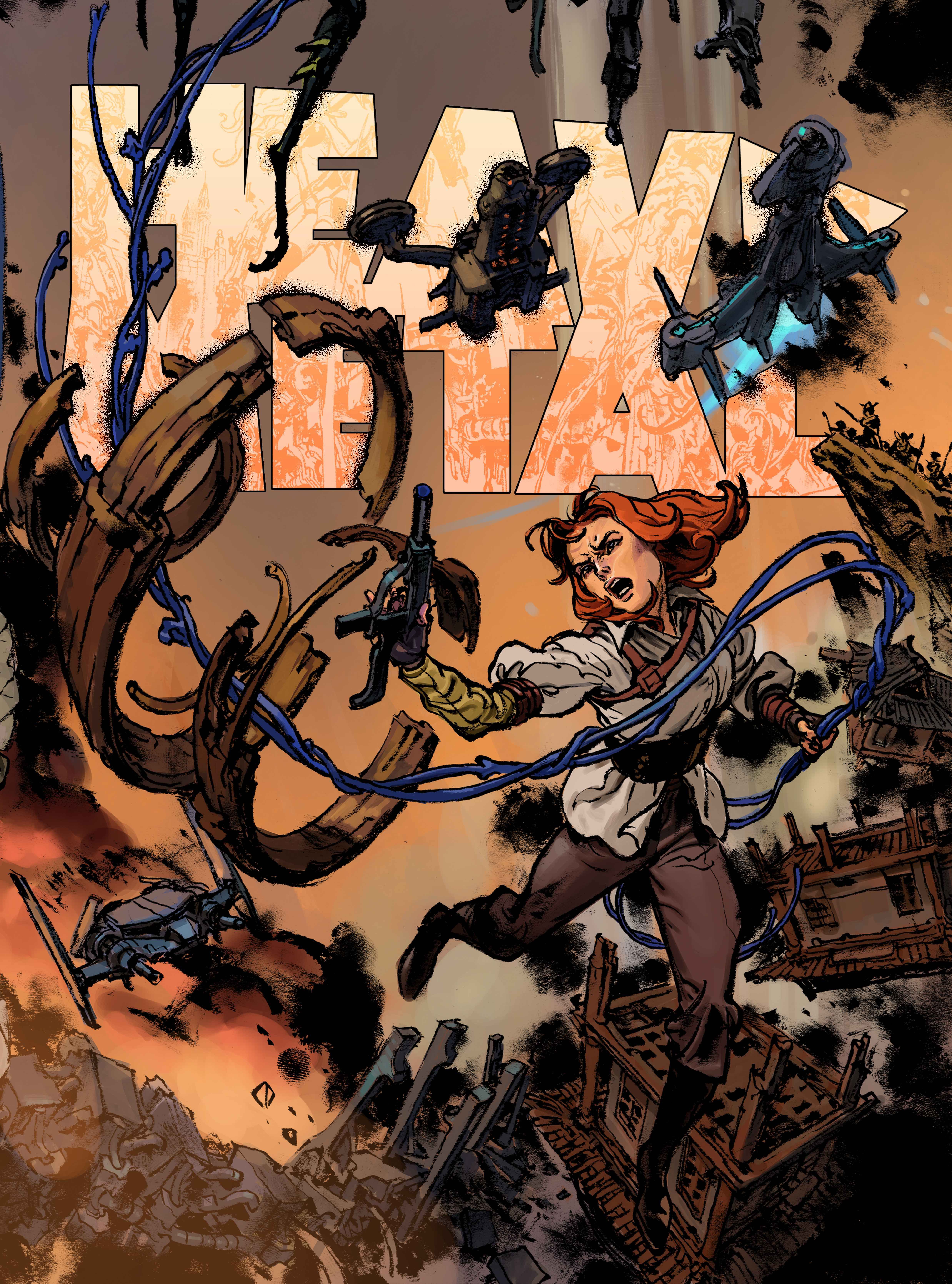 I had fun working on the covers with Taarna, Cold Dead War, Vasator & Crunch, and Adrienne James. I had a great time marrying the four different universes into one. The composition is designed to not only show their dynamic as its own strength, but also to share overall storytelling as a whole. I used a brush pen and the coloring was done by PyeongJun Park. It was colored using the tone that shows the aggressive and grunge look of the battle scene. This gave me an opportunity to get familiar with the Heavy Metal universe and I hope your audience enjoys this series as much as I did.

These brilliant covers by Kim Jung Gi go on sale Feb. 16, running for five months on the front of Heavy Metal Magazine from issues #314 to #318, with a variant of #319 featuring the collected image. Collect them all.