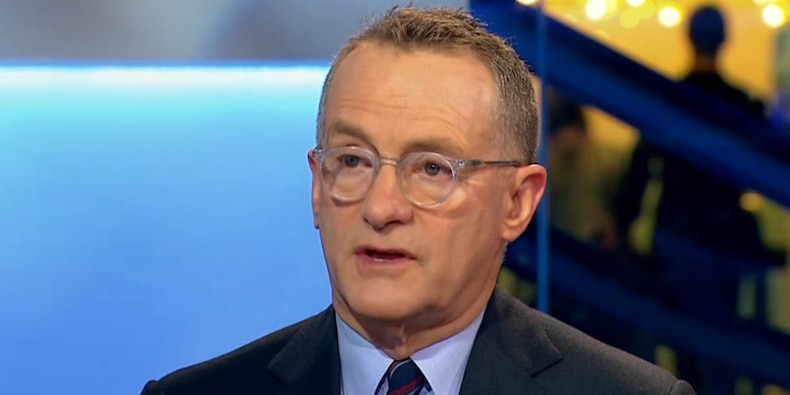 “I am worried about inflation,” he told Bloomberg in an interview released Tuesday. “Inflation is excessive.”

The Consumer Price Index — a popular measure of US inflation — gained 7% year-over-year in December, marking the strongest inflation reading since 1982. That is a slight pickup from November’s 6.8% gain.

“A little inflation is good and keeps everything kind of moving. But excessive inflation, defined as much more than 2%, is not desirable,” Marks added. “Higher inflation means higher interest rates, higher interest means lower asset prices. And that’s what’s going on right now.”

The billionaire cofounder and co-chairman of Oaktree Capital Management said the Federal Reserve’s move to cut interest rates during the pandemic, in order to incentivize borrowers to consume and invest more quickly, has served its purpose.

“The economy turned very strong, has been very strong, and demand related to that strength is to some extent contributing to the inflation,” he said. “I think that interest rates have to rise. The economy has to be less stimulated.”

The Fed has signaled it will raise interest rates, which influences borrowing costs from mortgage rates to car loans, at least thrice in 2022. He said these higher borrowing costs will result in a slower recovery.

Marks, one of the best-known specialists in distressed debt, shared two methods of how investors should position themselves in an inflationary environment.

He said investors might want to hold more floating-rate debt, or instruments with variable interest rates, and rent out property with rates that can be raised over time.

At the same time, he said investors shouldn’t dump or invert their existing portfolios. “I would not throw out everything I own and buy a bunch of what I just described. That’s going too far,” he said. “Just do little changes at the margin, in my opinion.”

He also warned that timing the market does not always end well for investors, most of whom trade “to their own detriment.”

“Being in over time is what makes people successful as investors,” he said, adding that only a few professionals can succeed in getting in or out of good opportunities at the right time.

Read More: A 21-year veteran trader breaks down an options trade designed to help investors ‘sustain risks long enough to see the light of profitability’ — and explains why bitcoin could continue to move in tandem with tech stocks