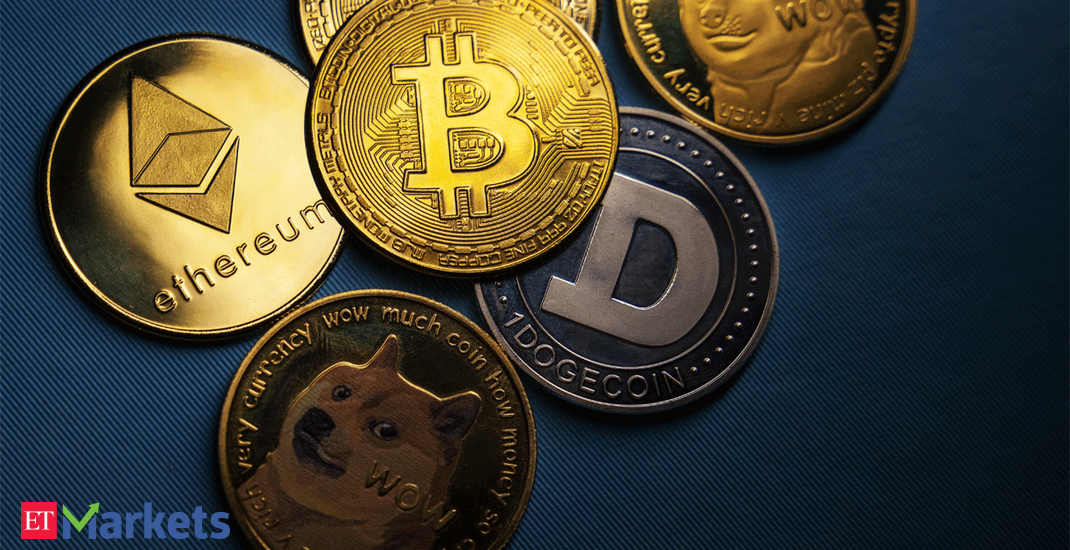 New Delhi: Most of the top 10 cryptocurrencies by market value were trading lower in Wednesday’s trade, with the biggest falls seen in BNB and Cardano.Among key cryptos, Bitcoin was down 1.18 per cent at $43,406.01. The largest cryptocurrency in m-cap was still up 12 per cent in the last seven days.Ethereum was quoting at $3,080.69, down 1.84 per cent.BNB tanked 5.11 per cent to $411, trimming its 7-day rise to 6 per cent. Cardano declined 5.73 per cent to $1.16. Solana dropped 4.18 per cent to $111.95. Tera fell 3.86 per cent while XRP and USD Coin were trading marginally lower. Tether was flat at $1.Polkadot and Dogecoin, number 11 and 12 in m-cap terms, were also down 5 per cent each.The global crypto market cap stood at the $1.97 trillion mark, down 2 per cent. The total crypto market volume jumped 8.67 per cent to $102.96 billion.What’s Cooking in IndiaEmployees who received cryptocurrencies or other digital assets such as NFTs from crypto exchanges as part of their compensation package will face 30% tax on these as they will be defined as a “gift” under the new tax law and not salary or employee stock options (esops), say expertsMeanwhile, the non-fungible tokens (NFT) community has said that the government was being unfair to the emerging digital asset class by lumping it in with cryptocurrencies in the recently announced digital asset tax regime.Global UpdatesThe US Justice Department said on Tuesday it has unravelled its biggest-ever cryptocurrency theft, seizing a record-shattering $3.6 billion in bitcoin tied to the 2016 hack of digital currency exchange Bitfinex and arresting a husband-and-wife team on money laundering charges.Canada’s largest stock market operator, TMX Group, plans to launch its first cryptocurrency futures product in response to institutional investors’ desire to offset the risks of trading in the relatively new asset class, the company’s chief executive told Reuters on Tuesday.Bitcoin donations have soared to Ukrainian volunteer and hacking groups, some of which have supplied equipment to government forces, according to a report showing such groups received more than $550,000 worth of cryptocurrency in 2021.