Slippage Tolerance > News > Cryptocurrency > The Role of Remittances to Venezuela

The Role of Remittances to Venezuela 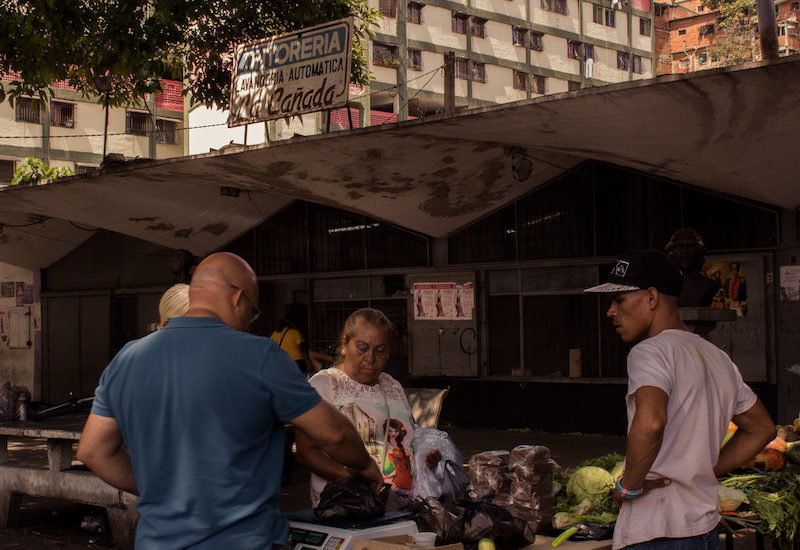 The International Monetary Fund (IMF) defines remittances as “money transfers from citizens working abroad” as a contribution to the household income of their families in their home countries. The IMF sees remittances as a “lifeline for development,” especially in impoverished countries such as Venezuela. In Venezuela, the influx of remittances is growing rapidly and represents a large source of foreign income for Venezuelans. While remittances typically take the form of cash transfers, crypto remittances to Venezuela are playing a larger role in facilitating international transactions and becoming a vital source of income for Venezuelans, especially during the COVID-19 pandemic while the country faces hyperinflation and U.S. economic sanctions.

The Role of Remittances in Global Poverty Reduction

Remittances directly bolster the income of households that receive these payments and provide essential resources for the impoverished. The value of remittances lies in the fact that governance issues often linked to “official aid” do not impact remittances. Instead, remittances are able to circumvent “red tape” because the money goes directly into the pockets of the impoverished. According to the World Bank, “a 10% increase in per capita official remittances may lead to a 3.5% decline in the share of [impoverished] people,” further showing that remittances play a key role in poverty reduction. Harnessing technology and non-traditional approaches for remittances allow Venezuelans the opportunity to send and access this funding in a faster and more efficient way.

The Resiliency of Remittances

Cryptocurrency in the Context of Hyperinflation

As the bolivar continues to depreciate in Venezuela, cryptocurrency functions in a way that circumvents hyperinflation. Cryptocurrency is a decentralized form of currency, where its value does not stem from fiat currency or natural resources, but instead, derives from user demand. In 2021, the Venezuelan government introduced the 1-million-bolivar bill, which is equivalent to about $0.52, in an attempt to remedy the impacts of hyperinflation and economic sanctions. Venezuela has experienced hyperinflation due to falling oil prices, resulting in the government printing vast quantities of currency as a potential solution, but this only further devalued the bolivar. Increasingly, residents are turning to digital forms of payments. For example, street vendors in the Venezuelan capital of Caracas are accepting digital coins as a form of payment.

5 Benefits of Crypto Remittances to Venezuela Stability: Cryptocurrency remains steady compared to fiat currency, especially during times of inflation. Lower Fees: Commission fees for crypto remittances are lower in comparison to international transfer fees from companies like Western Union. Money and Time-Saving Costs: Research shows that crypto remittances “produce a 1% saving of income” because of the reduction of travel and wait time when sending remittances. Safety: Because Venezuela stands as “one of the most insecure [nations] in Latin America,” residents face the risk of theft when traveling with cash. Digital currency offers a degree of security and protection for people as their funds are stored on their devices. Continuing the Flow of Remittances: As the Maduro regime takes steps to further regulate remittances while rejecting foreign humanitarian aid, decentralized currencies could allow residents to continue receiving essential monetary flows. Remittances to Venezuela’s Unbanked Population

According to the Global Findex Database, in 2017, close to 73% of Venezuelans had bank accounts and digital forms of receiving money are increasing each year as inflation devalues fiat currency and hyperinflation threatens the affordability of basic needs. More than 50% of transactions in the country use the U.S. dollar, and in 2020, experts projected that annual remittances would climb to $4 billion. The viability and sustainability of digital remittances, specifically cryptocurrency forms, are becoming more popular.

As Venezuela continues to experience a financial crisis, cryptocurrency, such as Bitcoin, offers a degree of stability as an inflation-proof asset. Many nonprofits implement cryptocurrency in their strategies to bring aid to Venezuelans. In 2019, U.S.-based charity, GiveCrypto, “provided temporary assistance to hundreds of vulnerable families in Venezuela through weekly crypto deposits worth around $7,” which is equivalent “to the monthly minimum wage” in the country. This aid helped families purchase food and other essential goods.

In addition to aid, the organization provides resources that educate people about crypto apps to ensure that people have complete control of their digital currency. Efrain Pineda, the program manager, says, “We want to show that people who are not techies or investors can also benefit from this technology. Anyone can use crypto to protect themselves from inflation and make their daily life easier.”

With little end in sight for hyperinflation, Bitcoin is gaining traction as an alternative as traditional payment methods become regulated and overloaded. Venezuela ranks fourth globally for Bitcoin trade, and as more people flee Venezuela, digital forms of remittances continue to be an invaluable source of income for residents who remain.

The post The Role of Remittances to Venezuela appeared first on The Borgen Project.