Reinventing Rarity by the Foot with TiptoePunks NFTs

\
If you collect NFTs or know anyone who does, you know what a preoccupation rarity can be. There are several apt comparisons to be made to collecting NFTs – trading cards are very much comparable, but so is a lottery ticket. “Looks rare” isn’t just a statement of appreciating an NFT by its image, it’s a projection of future value.

\
If you are paying to mint an NFT from a favorite iterative series you’re feeling strongly about, you have the certainty that you’re getting a unique NFT, but you can’t control which one. If you don’t like the NFT you’ve purchased, you can always buy more. And that’s it. If you end up with several common NFTs from the same project, hopefully, you really do like the artwork because you aren’t getting the best return on your investment.

\
But as more creators enter the NFT space, each new project tries to refine and perfect a new aspect of the experience – TiptoePunks is entering the fray looking to do more than cash in on a clever pun. They seek to address the issue of rarity with an interlocking approach to NFT collection that rewards buying more than one and gives collectors something to do even with their NFTs that are decidedly not rare.

\n We took a moment to discuss the project with Olly Joshi, “TiptoeOlly”, Founder and artist behind TiptoePunks, to see what distinguishes this project from the other 599 currently listed on CoinMarketCap. 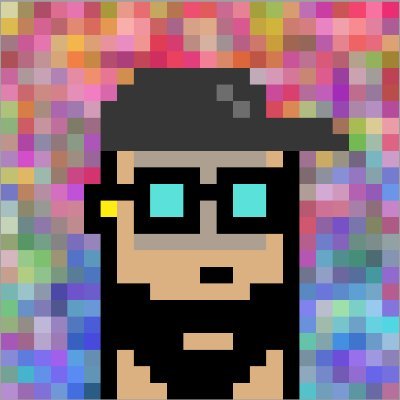 Where did the idea for TiptoePunks come from?

“The idea for TiptoePunks came as I was sick of getting dejected mint after mint of getting NFTs with common attributes. I thought there has to be a way we can create a new value mechanic that still complements the traditional Rarity attributes mechanic.

\
So I started thinking of what things are a collection of entities that are unique on their own but have something else in common and I thought of TOES. They belong to a Foot but are all different. It occurred to me, this is basically the mechanic in the Monopoly board game. You can buy properties on their own, but they only have significant value when you have all the matching colors so you can build hotels on them. Value is only unlocked when you have collected the full set, yet they are all different properties. \n

How does the interlinking mechanic differ from breeding, as we have seen with projects like Sneaky Vampire Syndicate and CyberKongz?

There are a couple of things that make the TiptoePunks Interlinked model unique. Firstly given the fact ALL TiptoePunks are interlinked, even if you have the worst-ranked NFT in the collection there will still be a demand from 4 other holders who are going to need your TiptoePunk to complete their collection to unlock their FootPunk (accessing the x75 $TOEKEN per day). So there will always be value in all of the NFTs in the collection.

\
Secondly, by creating continuous demand via linking them, it means that there should be a lot of volume in the secondary sales as people try and complete their sets of 5. Therefore unlike a lot of other projects, the floor price shouldn’t drop off a cliff post-mint.

\
Finally, it creates an interesting dynamic in the secondary market as holders are likely to price their TiptoePunks less on the attributes but more on the level of need in the buyer – if you can see someone has all linked 4 and you have the 5th and final Tiptoe Punk they need to complete their collection you’ll price it differently as you know they need it to unlock a FootPunk (which yields x15 times more $TOEKEN than a TiptoePunk). 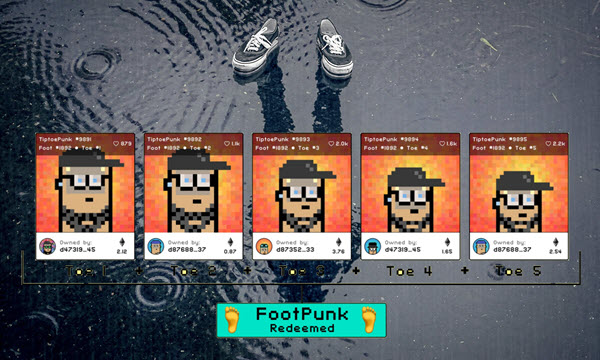 What is the TiptoePunks community like leading up to the launch?

The TiptoePunk community is incredible. Firstly they are super patient, this project has been a long time in the making – 7 months.

\
People love the project as they see it as refreshing and innovative… Not just another Ape or Doodle project. It has real utility. Our Discord community is approximately 4300 and exponentially growing on the run-up to the public drop on 21st February. \n

What are your plans for managing regulatory compliance?

We have created a utility token called $TOEKEN and reward TiptoePunk AND FootPunk holders with daily $TOEKEN for holding. No staking is required.

\
These tokens have various utilities such as buying ’Nail Varnish’ which is similar to Mutant Serum in Bored Ape Yacht Club (BAYC).

\
Buying ‘Nail Varnish’ creates a new 3D hyper-realistic version of their 2D TiptoePunk. Holders will also be able to use $TOEKEN in our Toe Trump that will be coming out later in the year. In addition to these points, they will be able to swap $TOEKEN for ETH on SushiSwap..

What’s next? What’s the ultimate goal of the project?

We have plans to drop further projects related to this drop later down the line. I can’t say too much about it right now. We’re also launching our own TiptoePunks HQ in The Sandbox called ‘Utoepia’. The ultimate goal of the project is to establish the Interlinked model in the NFT space.

What advice do you have for others looking to launch the next big idea in the NFT space?

It takes WAY longer than you first think it will. It’s better to be patient and do it correctly instead of rushing to get something out. Building good loyal communities are hard work and also takes time.

\
Stay positive and don’t get downhearted if it is taking a while. Listen to feedback and iterate/evolve the project concept if necessary. \n

Try to approach the project with the aim of doing something unique, whether it is the art or the utility (or both). \n

TiptoePunks is an interesting project because its objective is to address one of the main frustrations inherent in buying NFTs – buyers can do their research and choose a project they find promising, but they are still at the mercy of luck when minting.

\
The interlinking function of 5 toes to a foot is simple and memorable, which is a strength, but it’s hard to predict what impact it will have on secondary sales since it’s somewhat new. There are comparisons to be made with breeding, which often requires NFTs of two genders or projects like NFTs based on the movie Saw which allowed buyers to combine blueprints and trap pieces to make a full trap which was valued higher than the individual pieces. Nail Varnish is also a clever move. Though not unprecedented, it does give the new owner of many common NFTs another option to develop their property rather than just hoping for better luck next time.

\
Can an NFT project be distinguished by a familiar design, a clever pun, and interlocking mechanics? That remains to be seen, but if you are looking to collect and be rewarded for more than just good luck, perhaps this is a project to research.