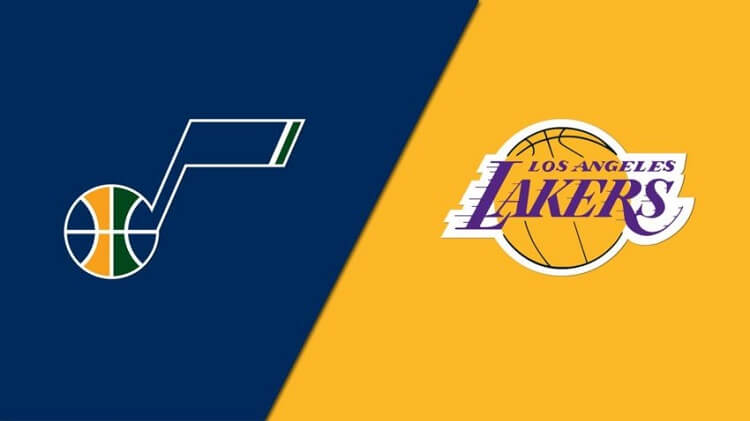 The Utah Jazz are traveling to LA to square off with the Lakers at the Crypto.com Arena. These two sides are entering this clash in completely opposite moods. The Jazzers have five straight wins, while the Lakers struggle badly in recent times. Russell Westbrook’s appearance creates a negative atmosphere in the stands, and the purple and gold have to deal with that as well. LeBron is giving his best to pull the team together, but King James can’t do it all alone.

Utah Jazz (36-21, TBA) regrouped after a really bad stretch posting five wins in a row, all of them at home. Quin Snyder’s boys needed this following a disastrous streak during which they saw the entire starting lineup sidelined due to injuries. Utah lost Joe Ingles along the way, but got a fantastic replacement, Nickeil Alexander-Walker.

The Jazzers beat the Nuggets, Nets, Knicks, Warriors, Magic and in the latest game, the Houston Rockets, 135-101. They scored 82 points in the first half, allowing 53, pretty much solving the event. Utah’s shooting percentage was pretty high, 55.1%, and they dominated in the air, with 53 boards, 20 more than the rivals.

Donovan Mitchell had 30 points with seven assists and six boards, pouring five threes. Bojan Bogdanovic added 22, while Jordan Clarkson had his impact off the bench with 16 points. Hassan Whiteside recorded a double-double – 11 points and 14 rebounds.

LA Lakers (26-31, TBA) continue to slip in the standings, and as time goes by, we are getting the impression that the purple and gold won’t be in the playoffs this season. It might be a bold prediction, but we really do believe in this. There isn’t any chemistry on the floor, the majority of the action is going through LeBron with other guys occasionally jumping in from time to time.

The Lakers have three straight defeats, seven in the last nine events. After losing to the Bucks and the Trail Blazers, the most recent failure was on the road in San Francisco, where the Warriors squeezed out a victory, 117-115.

LeBron had a team-high 26 points with 15 boards and eight assists. Westbrook added 19 with seven boards and five assists (with decent shooting), while Anthony Davis scored only 16 points and had seven rebounds, once again underperforming. The bench was solid with 42 points, Horton-tucker 17, Austin Reaves 13 and Malik Monk 12.

The two sides met on January 17 in LA, and the Lakers won that clash with 101-95. LeBron had 25 points with seven boards and assists, while Mike Conley led the way on the other side, with 20 buckets, one more than Rudy Gobert who also had 16 rebounds.

There isn’t too much doubt for us here, as we believe that the Jazzers are a much better team than the Lakers. Their chemistry is better, and overall, the flow in their game is at a much higher level than the Lakers’, and we saw that on numerous occasions this season. The oddsmakers made the Jazz two-point favorites, and for us, there is no question about covering that spread. Utah will do that without any problems.