Slippage Tolerance > News > Altcoins > National Park NFTs Are Officially a Thing. Not Everybody’s Happy About It.

National Park NFTs Are Officially a Thing. Not Everybody’s Happy About It. 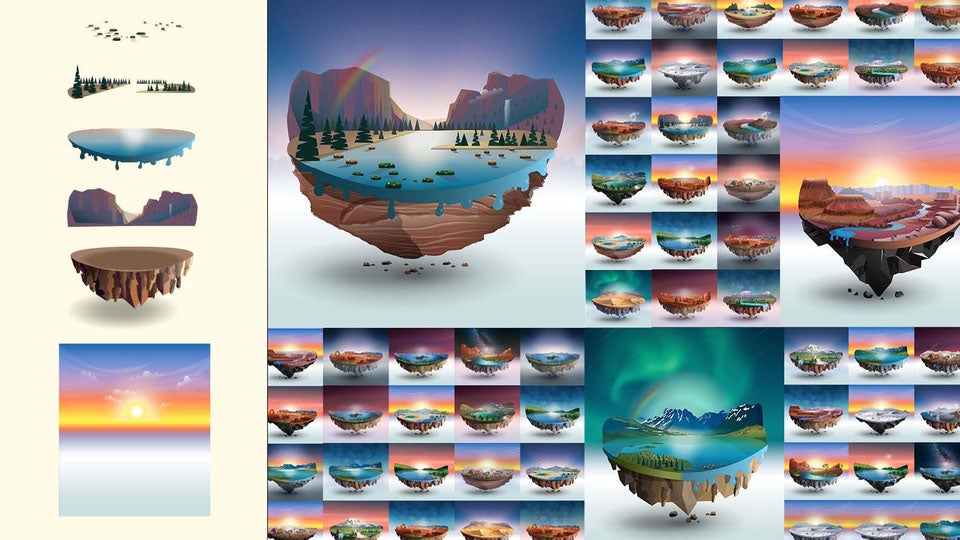 Non-fungible tokens, or NFTs, have gone from a curiosity to a $40 billion market, with tokens from collections like CryptoPunks and Bored Ape Yacht Club becoming online status symbols. But some environmental activists cry foul over the technology’s carbon footprint. As the debate rages, a new project is set to release 4,825 NFTs based on the United States’ national parks on January 30.

Owners of the National Park NFTs won’t just get bragging rights; they’ll also receive access to exclusive events and experiences. Creator Mick Gow says the tokens will function as a “membership card to a club for outdoor enthusiasts.”

“We are currently building our partners list and have some pretty exciting virtual events lined up,” says Gow. “In-person events are also on our agenda, but we will monitor the COVID situation to balance these with virtual events. We’ll be using some funds from NFT sales to purchase gear for members but also creatively using experts in our community to give back by hosting video webinars.”

To the public, the cost of a National Park NFT is currently 0.07 ether (about $173 as of January 24), with no expiration date. As long as owners don’t resell their NFTs, their membership is valid. If they do sell, the privileges pass on to whoever buys the NFT.

Being able to participate in niche park experiences like climbing or backpacking with a guide is reason enough for many outdoor enthusiasts to invest. But the project has its detractors. National Park NFTs are currently reliant on Ethereum, which is both one of the most popular blockchains and among the least environmentally friendly. With greener alternatives available, some crypto-enthusiasts decry using it to support National Park NFTs.

While blockchain technologies are constantly evolving, Fortune estimated last July that a single Ethereum transaction was equivalent to using five days of electricity in the standard U.S. home. At the time, up to 1.1 million Ethereum transactions took place every day, substantially more than other blockchains.

Gow hopes to offset the carbon footprint of National Park NFTs in a few different ways. After the first NFTs are minted, he plans to donate a portion of the proceeds to the National Park Foundation. Switching to a carbon-neutral blockchain down the road is on the table, too.

“We are doing our best to look at the big picture of our project and what it can contribute to the parks and environment long-term,” Gow says. “If we’re successful and leading the NFT space in bringing together communities, then we will be extremely successful in creating new streams of donations for the parks and other charities we work with.”

But that’s not enough of a promise for Kyle McDonald, an artist and environmental advocate who specializes in NFTs. The impact is just too high.

“Right now the Ethereum network relies on millions of computers running full power 24/7 in order to support around 14 transactions per second, depending how you count,” McDonald says.

McDonald’s research shows that a service like Facebook utilizes about a third as much energy as the Ethereum network. Think of the resulting emissions like this: Ethereum is responsible for about two times the emissions of a standard coal plant. McDonald estimates that each transaction is responsible for around 17 kilograms of carbon dioxide—roughly the equivalent of a 41-mile trip in an average gas-burning car—but notes that researchers using other methodologies have come up with numbers as high as 115 kilograms.

There are other, less energy-intensive options besides Ethereum. One would be for the National Park NFTs to use the related Polygon blockchain, which McDonald calls “the smallest thing they could do to show some concern.” But as McDonald explains, that wouldn’t fully solve the problem, because Polygon still depends on Ethereum.

“A better solution would be using a blockchain like Solana, which is low-energy and has no dependencies on Ethereum,” McDonald says. Solana is what’s called a proof-of-stake blockchain, meaning it uses a much less energy-intensive method to validate transactions compared to proof-of-work blockchains like Ethereum. (Ethereum’s backers plan to switch to a proof-of-stake system at some point early this year, but there’s no firm date for the change.)

Gow remains hopeful about the National Park NFT’s ability to evolve. And he expects the perks of the NFTs to attract enough support to fund more-sustainable efforts. Whether it can win over skeptical outdoor enthusiasts is another question.

The post National Park NFTs Are Officially a Thing. Not Everybody’s Happy About It. appeared first on Outside Online.