How Blockchains Work: A Brief Introduction and Must-Know Terms

“If the only tool you have is a hammer, you tend to see every problem as a nail.” -Abraham Maslow

\ I have recently been interested in Blockchain technology, and so I decided to write an article that attempts to aptly provide an accurate overview of Blockchain as a technology. I hope I achieved this, I’ll leave that to you to decide.

What Is a Blockchain?

A blockchain is a growing list of records called blocks that are linked together using cryptography. Each block contains a cryptographic hash of the previous block, a timestamp, and transaction data, and these help in the validation of transfers on a blockchain.

\ Blockchains are essentially databases but databases that cannot be modified once data has been recorded on them, data in any given block can’t be altered ex post facto without altering all subsequent blocks.

\ In other words, to alter data contained in a block, you have to alter the data contained in past blocks. A blockchain is a shared immutable ledger that provides an immediate, safe and transparent exchange of encrypted data simultaneously to multiple parties as they initiate and complete transactions.

\ Now let us understand the core concepts that make up a Blockchain.

Peer-to-Peer(P2P) computing/networking is a distributed application architecture that partitions tasks or workloads between peers. Peers make up a portion of their resources such as processing power, storage, network bandwidth, directly available to other network participants, without the need for central coordination by servers or stable hosts.

\ In simple words, Peer-to-Peer Computing is simply a network where the network isn’t hosted on a central server but rather hosted jointly by members of the network.

:::tip A distributed ledger is a consensus of replicated, shared, and synchronized data.

\ A distributed ledger is a database but unlike centralized databases, there is no central administrator/control.

A Communication Protocol is a system of rules that allows two or more entities of a communication system to transmit information.

This is a software engineering concept where products/systems have been designed to be foundationally secure.

\ The Byzantine Fault is a condition specific to distributed systems where components may fail and there is imperfect information on whether a component has failed or why it has failed.

\ Now, the Byzantine Fault Tolerance is the ability of a system to efficiently withstand the conditions stated above.

How does all this work in a Blockchain?

Blockchains are typically managed by a peer-to-peer network for use as a publicly distributed ledger. Blockchains may be considered secure by design and exemplify a distributed computer system with high Byzantine fault tolerance.

Why are blockchains Popular? 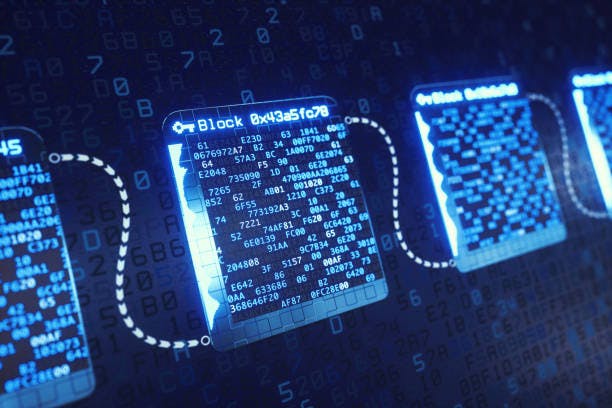 With blockchain, as a member of a members-only network, you can rest assured that you are receiving accurate and timely data and that your confidential blockchain records will be shared only with network members to whom you have specifically granted access.

Consensus on data accuracy is required from all network members, and all validated transactions are immutable because they are recorded permanently. No one, not even a system administrator, can delete a transaction.

It promotes efficiency in a Network

With a distributed ledger that is shared among members of a network, time-wasting record reconciliations are eliminated. And to speed transactions, a set of rules — called a smart contract — can be stored on the blockchain and executed automatically.

A public blockchain is one that anyone can join and participate in, such as Bitcoin. Drawbacks might include substantial computational power required, little or no privacy for transactions, and weak security. These are important considerations for enterprise use cases of blockchain.

A private blockchain network, similar to a public blockchain network, is a decentralized peer-to-peer network. However, one organization governs the network, controlling who is allowed to participate, executing a consensus protocol, and maintaining the shared ledger. Depending on the use case, this can significantly boost trust and confidence between participants. A private blockchain can be run behind a corporate firewall and even be hosted on-premises.

NOTE: Listed above are just the primary types of blockchains, usually organizations adopt variations of the above to suit their specific needs.

This is the most popularly known use case of blockchains, cryptocurrencies such as Ethereum, Bitcoin, BNB, DOGE, and a host of others.

Smart contracts are proposed contracts that can be partially or fully executed or enforced without human interaction. One of the main objectives of a smart contract is automated escrow. A key feature of smart contracts is that they do not need a trusted third party (such as a trustee) to act as an intermediary between contracting entities -the blockchain network executes the contract on its own. This may reduce friction between entities when transferring value and could subsequently open the door to a higher level of transaction automation.

Blockchain technology, such as cryptocurrencies and non-fungible tokens (NFTs), has been used in video games for monetization. Many live-service games offer in-game customization options, such as character skins or other in-game items, which the players can earn and trade with other players using in-game currency. Some games also allow for trading of virtual items using real-world currency, but this may be illegal in some countries where video games are seen as akin to gambling and have led to gray market issues such as skin gambling, and thus publishers typically have shied away from allowing players to earn real-world funds from games. Blockchain games typically allow players to trade these in-game items for cryptocurrency, which can then be exchanged for money.

Blockchain as a technology is still very young and it has a lot of flaws but with the rise of web 3, it is bound to become more efficient. I strongly believe in the potential of blockchains to impact the world as we know it.