Can We Compare Dot-Com Bubble To Today’s Web3/Blockchain Craze? 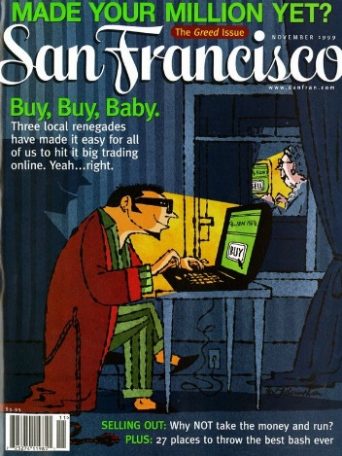 Recently, I re-read through various discussions about the “dot-com bubble.” Surprisingly, it sounded all too familiar. I realized there are many similarities to today’s techno-optimism and techno-pessimism around Web3 and Blockchain. We have people hyping up the future promises, while others express concerns about the bubble.

In the mid-1990s, the dot-com boom was starting to gather steam. The key players in the tech ecosystem had blind faith in the inherent good of computers. Their vision of the future represented the broader Silicon Valley culture and the claim that the digital revolution “would bring an era of transformative abundance and prosperity.” Leading tech commentators celebrated the potential for advancing democracy and empowering people.

Most tech reporting pitted the creative force of technological innovation against established powers trying to tame its disruptive inevitability. Tech companies, in this storyline, represented the young and irreverent, gleefully smashing old traditions and hierarchies. The narrative was around “the mystique of the founders,” recalled Rowan Benecke. It was about “the brashness, the arrogance, but also the brilliance of these executives who were daring to take on established industries to find a better way.”

David Karpf examined “25 years of WIRED predictions” and looked back at how both Web 1.0 and Web 2.0 imagined a future that upended traditional economics: “We were all going to be millionaires, all going to be creators, all going to be collaborators.” However, “The bright future of abundance has, time and again, been waylaid by the present realities of earnings reports, venture investments, and shareholder capitalism. On its way to the many, the new wealth has consistently been diverted up to the few.”

During the dot-com boom, the theme around its predicted burst was actually prominent. “At the time, there were still people who said, ‘Silicon Valley is a bubble; this is all about to burst. None of these apps have a workable business model,’” said Casey Newton. “There was a lot of really negative coverage focused on ‘These businesses are going to collapse.’”

Kara Swisher shared that in the 1990s, a lot of the coverage was, “Look at this new cool thing.” But also, “the initial coverage was ‘this is a Ponzi scheme,’ or ‘this is not going to happen. When the Internet came, there was a huge amount of doubt about its efficacy. Way before it was doubt about the economics, it was doubt about whether anyone was going to use it,” Then, “it became clear that there was a lot of money to be made; the ‘gold rush’ mentality was on.”

At the end of 1999, this gold rush was mocked by San Francisco Magazine. “The Greed Issue” featured the headline “Made your Million Yet?” and stated that “Three local renegades have made it easy for all of us to hit it big trading online. Yeah…right.” Soon after, came the dot-com implosion. 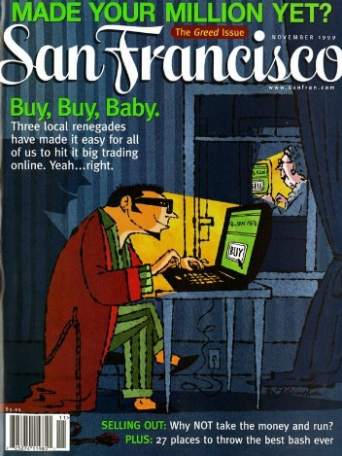 “In 2000, the coverage became more critical,” explained Nick Wingfield. There was a sense that, “You do have to pay attention to profitability and to create sustainable businesses.” “There was this new economy, where you didn’t need to make profits, you just needed to get a product to market and to grow a market share and to grow eyeballs,” added Rowan Benecke. “It was ultimately its downfall at the dot-com crash.”

While VCs are aggressively promoting Web3 – Crypto, NFTs, decentralized finance (DeFi) platforms, and a bunch of other Blockchain stuff – they are also getting more pushback. See, for example, the latest Mark Andreesen Twitter fight with Jack Dorsey, or listen to Box CEO Aaron Levie’s conversation with Alex Kantrowitz. The reason the debate is heated is, in part, due to the amount of money being poured into it.

Andreessen Horowitz, for example, has just launched a new $2.2 billion cryptocurrency-focused fund. “The size of this fund speaks to the size of the opportunity before us: crypto is not only the future of finance but, as with the internet in the early days, is poised to transform all aspects of our lives,” a16z’s cryptocurrency group announced in a blog post. “We’re going all-in on the talented, visionary founders who are determined to be part of crypto’s next chapter.”

The vision of Web3’s believers is incredibly optimistic: “Developers, investors and early adopters imagine a future in which the technologies that enable Bitcoin and Ethereum will break up the concentrated power today’s tech giants wield and usher in a golden age of individual empowerment and entrepreneurial freedom.” It will disrupt concentrations of power in banks, companies and billionaires, and deliver better ways for creators to profit from their work.

Critics of the Web3 movement argue that its technology is hard to use and prone to failure. “Neither venture capital investment nor easy access to risky, highly inflated assets predicts lasting success and impact for a particular company or technology” (Tim O’Reilly).

Other critics attack “the amount of utopian bullshit” and call it a “dangerous get-rich-quick scam” (Matt Stolle) or even “worse than a Ponzi scheme” (Robert McCauley). “At its core, Web3 is a vapid marketing campaign that attempts to reframe the public’s negative associations of crypto assets into a false narrative about disruption of legacy tech company hegemony” (Stephen Diehl). “But you can’t stop a gold rush,” wrote Moxie Marlinspike. Sounds familiar?

A “Big Bang of Decentralization” is NOT Coming

In his seminal “Protocols, Not Platforms,” Mike Masnick asserted that “if the token/cryptocurrency approach is shown to work as a method for supporting a successful protocol, it may even be more valuable to build these services as protocols, rather than as centralized, controlled platforms.” At the same time, he made it clear that even decentralized systems based on protocols will still likely end up with huge winners that control most of the market (like email and Google, for example. I recommend reading the whole piece if you haven’t already).

Currently, Web3 enthusiasts are hyping that a “Big Bang of decentralization” is coming. However, as the crypto market evolves, it is “becoming more centralized, with insiders retaining a greater share of the token” (Scott Galloway). As more people enter Web3, the more likely centralized services will become dominant. The power shift is already underway. See How OpenSea took over the NFT trade.

However, Mike Masnick also emphasized that decentralization keeps the large players in check. The distributed nature incentivizes the winners to act in the best interest of their users.

Are the new winners of Web3 going to act in their users’ best interests? If you watch Dan Olson’s “Line Goes Up – The Problem With NFTs” you will probably answer, “NO.”

From “Peak of Inflated Expectations” to “Trough of Disillusionment”

In Gartner’s Hype Cycle, it is expected that hyped technologies experience “correction” in the form of a crash: A “peak of inflated expectations” is followed by a “trough of disillusionment.” In this stage, the technology can still be promoted and developed, but at a slower pace. With regards to Web3, we might be reaching the apex of the “inflated expectations”. Unfortunately, there will be a few big winners and a “long tail” of losers in the upcoming “disillusionment.”

Previous evolutions of the web had this “power law distribution”. Blogs, for example, were marketed as a megaphone for anyone with a keyboard. It was amazing to have access to distribution and an audience. But when you have more blogs than stars in the sky, only a fraction of them can rise to power. Accordingly, only a few of Web3’s new empowering initiatives will ultimately succeed. Then, “on its way to the many,” the question remains “would the new wealth be diverted up to the few?” As per the history of the web, in a “winner-take-all” world, the next iteration wouldn’t be different.

From a “Bubble” to a “Balloon”

Going through the dot-com description, and then, the current Web3 debate – feels like déjà vu. Nonetheless, as I argue that the tech coverage should not be in either Techlash (“tech is a threat”) or Techlust (“tech is our savior”) but rather Tech Realism – I also argue the Web3 debate should be neither “bubble burst” nor “golden age,” but rather in the middle.

A useful description of this middle was recently offered by M.G. Siegler, who said the tech bubble is not a bubble but a balloon. Following his line of thought, instead of a bubble, Web3 can be viewed as a “deflating balloons ecosystem”: The overhyped parts of Web3 might burst, and affect the whole ecosystem, but most evaluations and promises will just return closer to earth.

That’s where they should be in the first place.

Dr. Nirit Weiss-Blatt is the author of The Techlash and Tech Crisis Communication