Bitcoin Extends Slide, Has Fallen More Than 50% From Record High 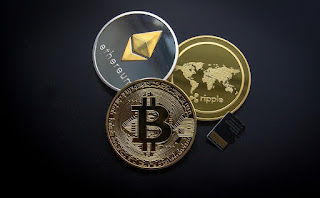 Bitcoin, the largest digital asset, extended its decline Saturday, and has now shed more than 50% from its record high in November.

Bitcoin’s decline since hitting the record has wiped out more than $600 billion in market value, and over $1 trillion has been lost from the aggregate crypto market. While there have been much larger percentage drawdowns for both Bitcoin and the aggregate market, this marks the second-largest ever decline in dollar terms for both, according to Bespoke Investment Group.

With the Fed’s intentions rocking both cryptocurrencies and stocks, a dominant theme has emerged in the digital-asset space: cryptos have twisted and turned in nearly exactly the same way as equities have.


been BitCoin both decline market more record saturday than