Big game, bigger ads: Which brands took the trophy in 2022? 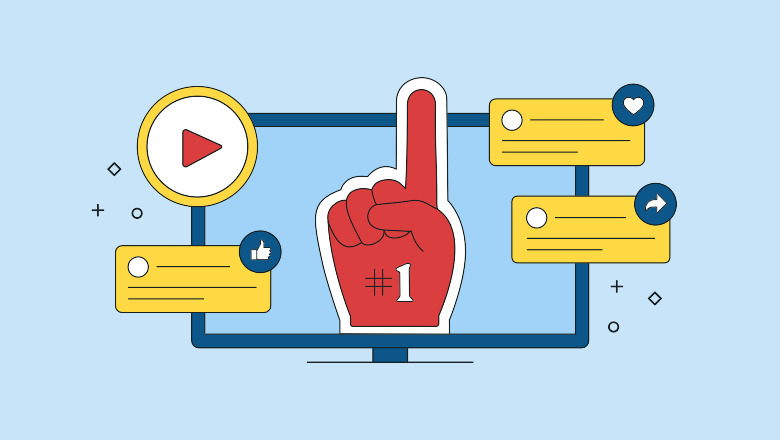 The big game might bring out bitter rivalries at your watch party, but we can all root for the commercials. With 30-second slots costing as much as $7 million this year, marketing teams were feeling the game-day pressure as much as the players. But the blood, sweat, tears and meticulous market research that went into this year’s ads paid off, as an estimated 117 million people tuned in to cheer on their team (and their favorite brands).

With so much on the line, we used Sprout Social’s Advanced Listening tool (digging into Tweets posted between February 13 and February 14, 2022) to see which commercials had viewers taking their snack breaks during playing time.

Peyton Manning is a sought-after spokesperson. From Papa John’s to State Farm, his likeness has been inspiring customers to buy since his professional football debut in 1998.

His Michelob Ultra commercial was no exception. While Peyton might have had the most screen time, Serena Williams stole the show.

People associate fitness with new beginnings, like the all-too-familiar New Year’s resolution to get in shape. Planet Fitness capitalized on this with their ad featuring Lindsay Lohan starting fresh, all thanks to her gym membership. The message is clear: Planet Fitness gives you a new lease on life.

A full three weeks before the big game, Arnold Schwarzenegger piqued fans’ interest with a promo poster for his next role, Zeus. Fans quickly began speculating about the project, guessing that it was a movie, show or video game. They got their answer in the first quarter when BMW ran an ad for its new electric vehicle.

Rookie of the year

40% of game day advertisers were new to the big game this year, with crypto companies making up a big share of the rookies. Even though they were advertising the same product, their marketing teams took wildly different approaches.

FTX used Larry David’s skeptical image to slyly mock people who aren’t ready to hop on the cryptocurrency bandwagon, while Crypto.com went for the emotional approach with Lebron James talking to his younger self. These ads were a hit on social, with over 90,000 Tweets mentioning cryptocurrency during and after the game.

But the clear winner was Coinbase, with a 30-second ad of a QR code bouncing across the screen.

Coinbase’s unorthodox approach paid off, driving over 20 million hits to their landing page in a minute. The traffic was enough to temporarily crash their site–the true marker of viral success.

Making the most of 30 seconds

These ads didn’t come out of thin air. Whether they used star power, humor or a coordinated multichannel approach to draw in viewers, every ad at the big game was built on knowing their audience.